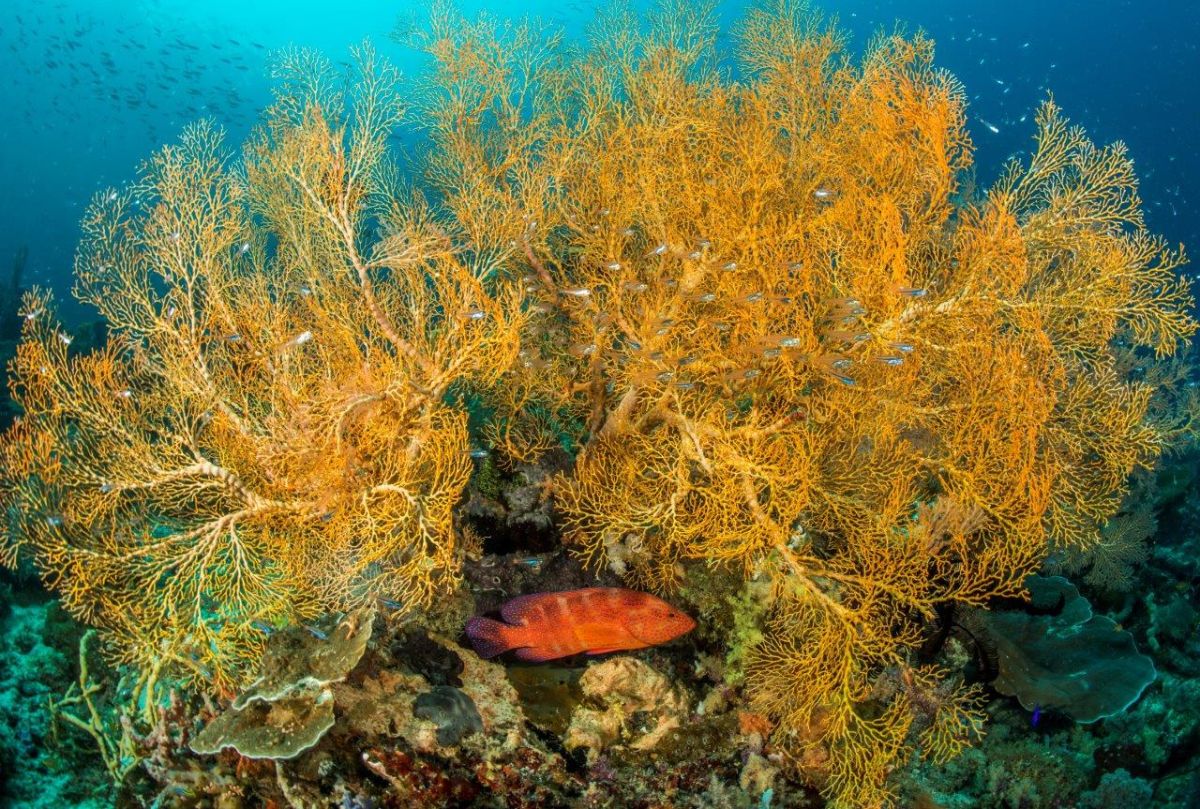 Large Gorgonian sea fans are a popular subject with beginner underwater photographers, probably because they sit still and pose. This is usually followed by adding a diver into the image but these are rarely models, more often they are poorly posed, long suffering wives or dive buddies. Frankly some of us were doing this shot with skilled models 50 years ago so it is incredibly clichÃ©d today. The real challenge is to use Gorgonians as a background for beautiful marinelife species thus producing a far more genuine marine image. One that tells the story of the diversity of coral reefs. Consequently I swim past a lot of gorgonians and other corals hunting for just such opportunities as this vivid red coral cod surrounded by delicate glass fish in a photogenic setting. Thus the gorgonian is able to provide a worthy background that contributes value to this image.

Photo Hints: To capture images of wide angle scenes featuring vivid colours there are several things that will vastly improve your ability to capture the colour saturation. 1: Use an extreme wide angle lens so you can reduce your lens to subject distance to just one meter. 2: Use the most powerful strobes you can afford as weaker strobes will suffer colour loss due to the filtering effect of light through water. 3: Run your strobes at their highest power setting. 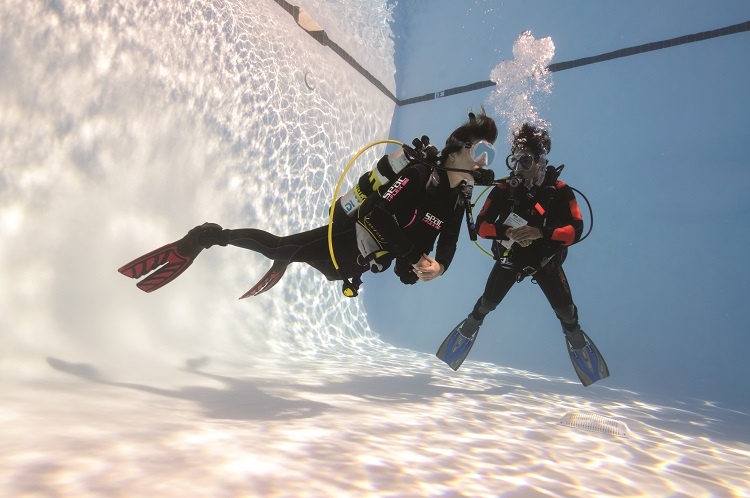 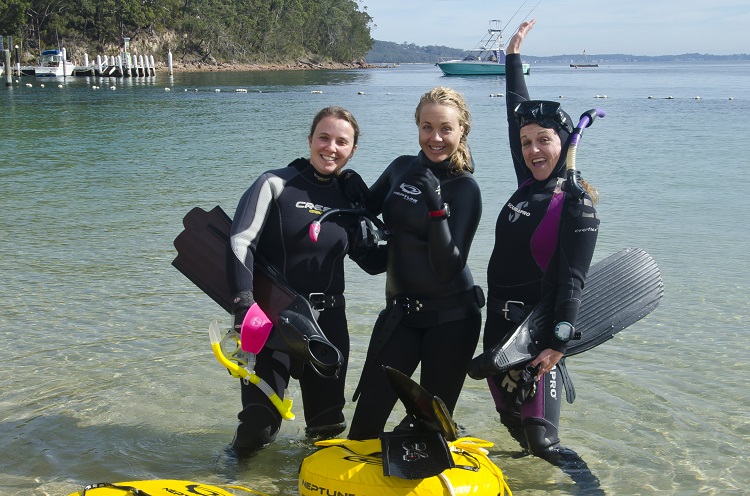 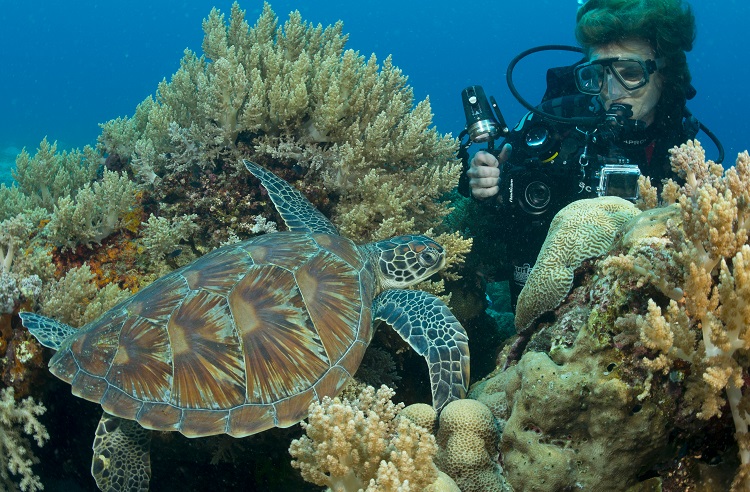 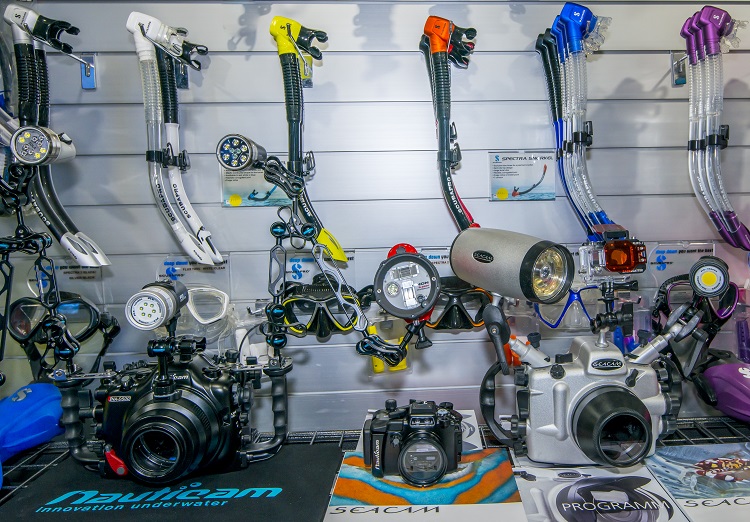